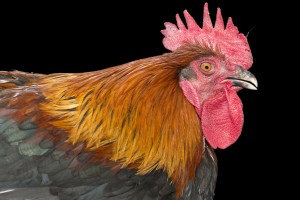 Appleworm™ Orchard seeks to create a line of Black Copper Marans that both (i) lays large, roundish, and dark brown eggs and (ii) conforms to the French standards for body size and shape, leg color, plumage, etc.  Because of the very high demand for Marans in this country, many breeders have been tempted to put onto the market any bird likely to lay a decently dark egg, regardless of its conformity to the traditional standards.  We know, because we have bought many such birds.  Appleworm™ is trying to breed a better bird: a hen that lays dark, round, chocolate-colored eggs and has a large and stocky build, copper-colored hackles, and properly feathered legs and outer toes.

We think we are well on our way to achieving this goal.  After experimenting for several years – with limited success – with birds from all of the prominent breeding lines in the United States, Appleworm™ was able to acquire very high-quality breeding stock from three branches of Ron Presley’ Cottage Hill line.

Our first source was two breeding trios purchased in late 2010 from Tommy White of W Bar T Farm.  Mr. White’s original flock is now gone, having been destroyed by predators in early 2011.  Appleworm™ considers itself extremely fortunate to have acquired birds from Mr. White before his flock’s destruction.  From this line we bred a rooster, “Chanticleerix,” who weighed almost ten pounds at two years of age.

Our second was fifty chicks from James Meeks of Skyline Poultry in early 2012.  We culled these down – based on conformity – to a small flock.  Over the course of 2013, we noticed that one of the hens, “Eugénie,” laid eggs that were both extraordinarily dark and very round.  (In the header to this page, shells from her eggs are second from the left and second from the right.  The other three eggs are from her sisters.)  We mated her to her most handsome son, “Pétain.”

We have eight hens in our flock.  A few are the ones we acquired from Mr. Meeks in 2012.  The rest are the daughters of “Eugénie,” sired either by “Chanticleerix” or “Pétain.”  Until the ides of April, these hens were serviced by two younger roosters, one derived from “Eugénie,” the other from one of her sisters.  At that time they were replaced by a new stud, “Blum,” that we recently acquired from Gary Martin of Rooster Ridge Farm.  Blum’s father weighs 15 pounds.  We are hoping that his son will add some heft to our flock. 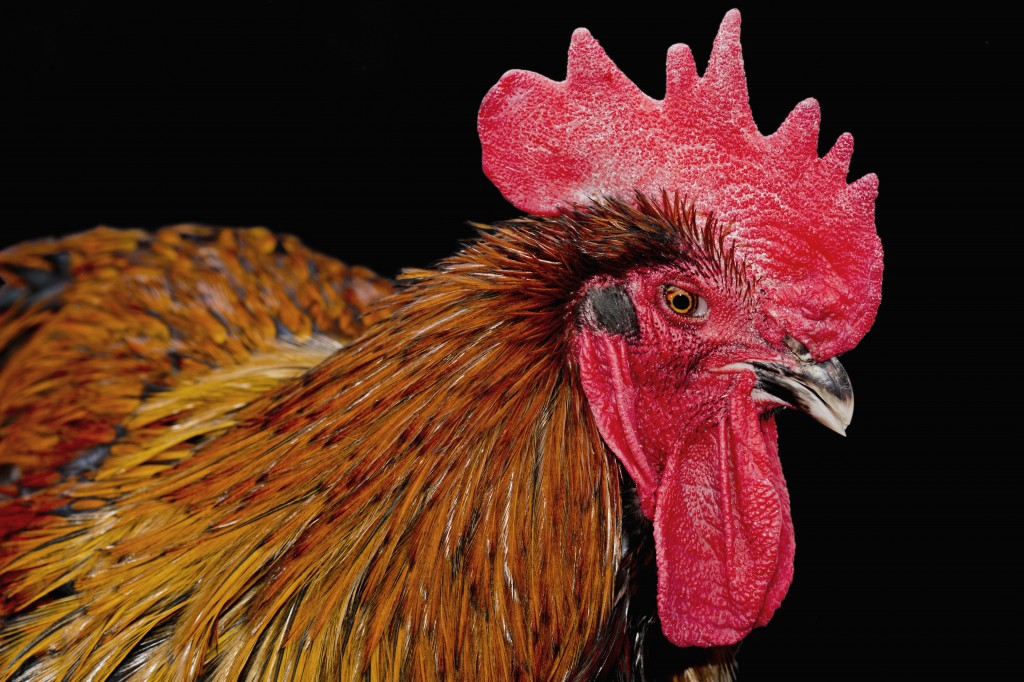 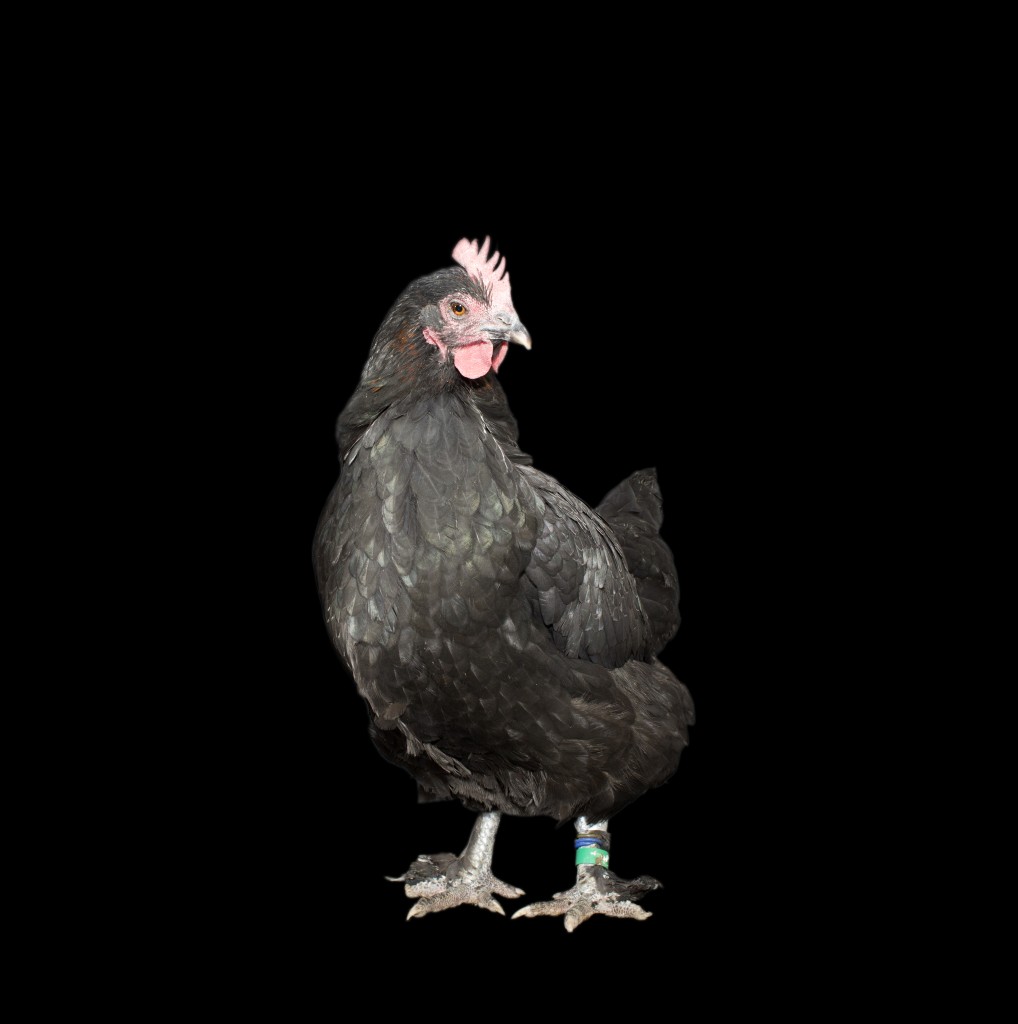 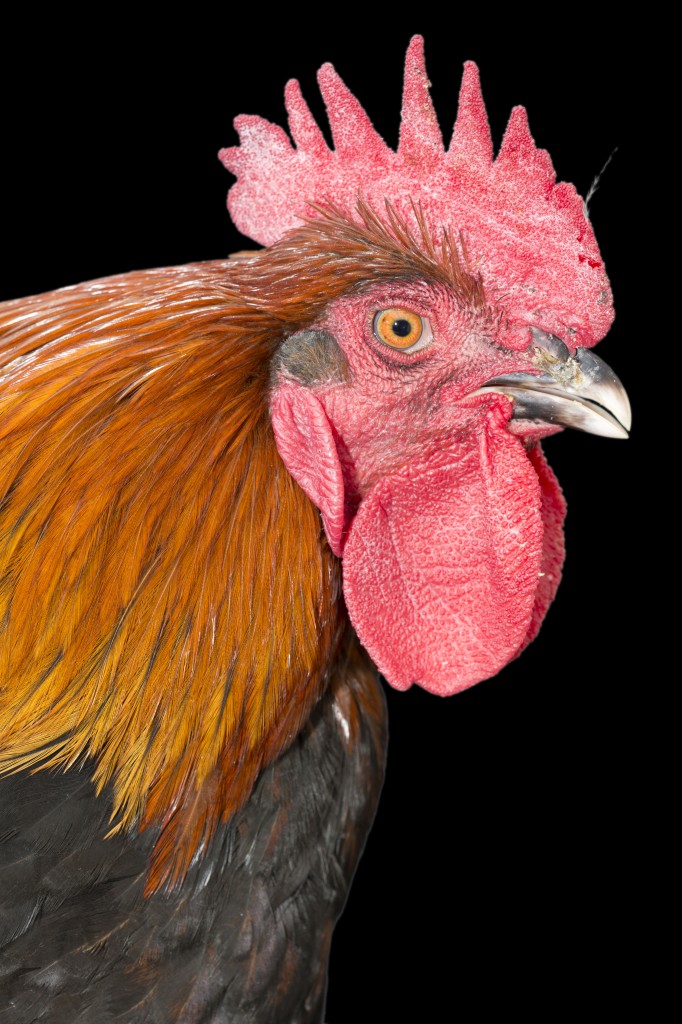 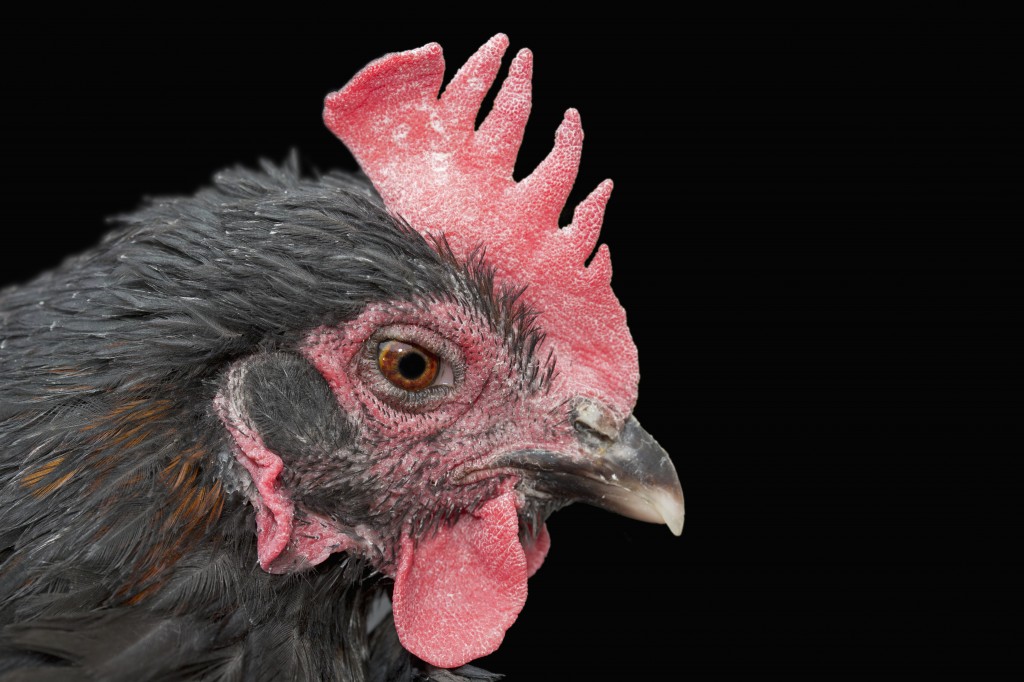